Guest Post: Losing the Belief in Free Will is for the Best – ‘Trick Slattery

I cam across ‘Trick Slattery some years ago on facebook and whatnot due to his similarity of philosophy concerning free will and determinism. Indeed, he was kind enough to buy my book when it first came out. Back then, he was writing his own book, or ruminating on it. Well, he has written it and has released it on Kindle. I will read it over the next week or so and review if for ‘Trick. He has guest posted here to coincide with the book’s release.

Losing the Belief in Free Will is for the Best

A lifetime of thinking you have free will is a lifetime that deeply embeds a psychology based on that belief. When that belief is challenged, some people become nauseated by the idea that they aren’t the authors of their own actions. 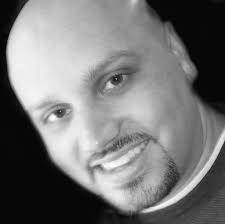 It’s absolutely understandable.  Not only do we intuitively feel like we can choose between more than one option – with each of those options being an actual possibility, but we feel it constantly, every single day. We never see the variables that are behind the scene of our thoughts, wants, desires, needs, and ultimately actions. Our intuitions about the feeling are also enforced by the words of others and a whole history surrounding the belief in this extraordinary ability.

The belief, however, is not only unsupported, but (unless we play around with semantics) logically incoherent.  This post isn’t, however, the case against free will. I give that case in my book Breaking the Free Will Illusion for the Betterment of Humankind. I also go into great detail what it means that we don’t have free will and why we should abandon such a belief.

This post is about just a few of the many ways that this illogical belief in free will is dangerous!  So why is it dangerous? The short answer: it creates psychologies that allow for a whole lot of harm and injustice in the world.

It allows one person to think they are more deserving of something positive over another person, or places blame on a person for the position they happen to be in. It says that the person wasn’t simply less fortunate, but rather that they could have done other than they did. If they had only been smart and done this or that, they wouldn’t be in the predicament they are in now. It’s their fault!

Just think about any two groups of people who have opposing points of view or worldviews, whether it be liberals and conservatives,  Israelis and Palestinians, or any number of opposing religious beliefs, political beliefs, or social ideas.  Picture the raw hatred for each other that often springs from these opposition. Does that hatred only come from the opposing viewpoints, or does it come from something else as well? Something at a deeper level?

It seems if people understood that those with opposing beliefs and views could not have been different, and that that those people were (and are) the product of their circumstances, much of that anger becomes diffused.

Instead of blaming them, our psychologies turns to an attempt to understand the causal underpinnings that produced the way they are and perhaps find a causal solution if such is found to be problematic. Hatred because someone didn’t do otherwise than the thing you dislike, however, drives a number of harmful and abusive action. Harms and abuses that no person ever “deserves” to incur.

To give another example, the belief in free will even has some say in how we run an economy. The fact that less than two percent of people living on planet Earth own about 50% of all wealth tells us something about our belief in free will. Most people assume they have a right to that excess even when one out of every three people are living below the poverty line. It’s often imagined that those wealthy people worked for and therefore are more deserving of such wealth. Even if we accepted that such is true and that they did indeed worked for every bit of their wealth (rather than inherit it), it means that they happened to have the causality leading them to work for and obtain that much wealth, and anyone not in that two percent didn’t have that causality. Neither is more or less deserving of their economic status.

It seems that the belief in free will allows for great amounts of inequality as we assume some are more worthy of a higher quality of life than others, or that some are to blame for their lower quality of life. Am I suggesting to equalize all wealth. Of course not! Why not? Because people believe in free will – they believe they deserve what they earn, and they require such incentive to be productive. In my book I explain why economics needs to be a balancing act between incentive and equality.  To keep an economy thriving we need to be unfair and unequal just enough to drive an incentive to work. And the belief in free will is one of the things that drives this need for such inequality.

If everyone understood that no person was more deserving over another, they could start to recognize the importance of productivity for the whole of the society they live in without the need for singular person incentives. But that assumes a world we just don’t live in. One where rationality and reason has won the minds of the general population. Regardless, it’s easy to see how the free will belief drives rationalizations of inequalities.

That’s just a few examples of how the pervasive belief in free will isn’t benign.  Even at a more personal level, understanding that we lack free will can drop much of that blame baggage we carry on our shoulders. It can make us more understanding and tolerant of others, and it can make is more tolerant of our own actions. Instead of worrying about the past, we can look to the future and hopefully be a positive conscious cog in a very complex machine.

The belief in free will creates people who have hatred, resentment, and guilt. It builds a sense of non-connected individuality that drives people to think inequality is fair, egoism is appropriate, poverty is deserved, retribution is justified, and a slew of other harmful thoughts and feelings.

But even if the belief in free will wasn’t harmful today (which it is), it would still be false, and it’s simply better to align with and understand reality for what it is. At least that’s the world I want to live in. A world built around untruths is a world with a dangerously weak foundation.

It’s time for us to become rational, logical, critical thinkers and move away from harmful fictions. It’s time to break the illusion for the betterment of humankind!

‘Trick Slattery is the author of Breaking the Free Will Illusion for the Betterment of Humankind, currently an Amazon Kindle ebook: Amazon UK, Amazon US, Amazon CANADA

Visit breakingthefreewillillusion.com for more content from ‘Trick on this important topic.

‘Trick is a philosopher, artist, content creator, and entrepreneur. He has loved and immersed himself in philosophy since he was a teen. It’s his first and still strongest passion. Throughout the years he has built a philosophy based on analytic logic and critical thinking. Some of the topics he’s most interested in are quite controversial, but his passion for the topics and their importance drives him to want to express these ideas to others. His other passions include pen and ink line art and digital artwork.