The exam question on antisemitism that Gove condemns 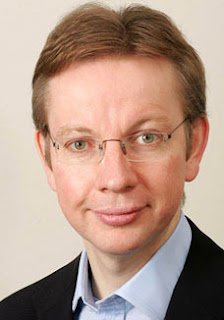 The Guardian reports today that Michael Gove, the education secretary, has said that that the inclusion of the question, “Explain, briefly, why some people are prejudiced against Jews” in a Religious Studies GCSE paper was “bizarre”.

Gove adds “To suggest that antisemitism can ever be explained, rather than condemned, is insensitive and frankly bizarre. AQA needs to explain how and why this question was included in an exam paper.”

I believe all children should gain some understanding of how such prejudices arise. Surely, that’s one of the best defences against such prejudices. If you don’t know why they arise, you are much more likely to be vulnerable.

In this case, it seems to me, it is particularly important that we understand how this violent prejudice arose. Many millions of people were killed as a result of it. And it’s still around. Suppressing such questions for fear of being “insensitive” and causing offence seems to me, in this context, to be absurd (in fact, isn’t this the sort of “political correctness gone mad” that right-wing hacks love attacking?).

Many Jewish websites offer explanations. And of course, most of us are aware what the explanations are. So why can’t we discuss them openly with young people?

Perhaps part of the problem here is that Gove is, remember, a journalist by trade,  and it is in the blood of hacks of his reactionary stripe to insist that anyone who offers e.g. an explanation of rioting, criminal behaviour, etc. in terms of social, psychological, or other factors is just “excusing” it.

It seems Gove doesn’t understand the difference between explaining and excusing. Hence, on Gove’s view, the AQA exam board were in effect inviting children to excuse antisemitism when they should have been condemning it.

Here’s another illustration of the distinction between explaining and excusing: by explaining Gove’s silly comment, I am not excusing it.

(P.S. There is another reason why people can be coy about discussing the root causes of the Holocaust, which is that a significant role was played by Christian anti-semitism. A Christian school teaching GCSE Religious Studies might prefer not to have to address this embarrassing fact, though again I think that would be a mistake. Once discussion of the causes of the Holocaust and antisemitism gets onto the syllabus of Religious Studies, the role played by religion rears its controversial head. So Gove, like some misguided religious folk, might prefer it if that topic was placed out of bounds.)

(P.P.S. I remember as a child finding out about the Holocaust, and wondering why it happened. I also remember, even then, sensing that it was in very bad taste to ask – that it was a question one wasn’t supposed to pursue, other perhaps than to say that some mindbogglingly terrible people came to power and did unspeakable things. As if that were an explanation. The “terrible people” explanation creates the impression that the Holocaust could never be engaged in by ordinary people – like us. Again, a dangerous myth that we should bust early on.)