San Francisco gets smart over phones 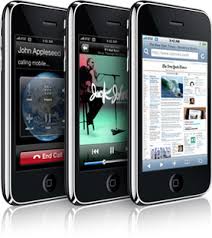 Is good to see public policy not peddling pseudoscience and fear-mongering:

San Francisco city leaders, after losing a key round in court against the cell phone industry, have agreed to revoke an ordinance that would have been the first in the United States to require retailers to warn consumers about potentially dangerous radiation levels.

The 2011 ordinance mandated warnings that cellular phones, including smartphone devices, emit potentially cancer-causing radiation. The statute, which a judge blocked before it took effect, also would have required retailers of the devices to post notices stating that World Health Organization cancer experts have deemed mobile phones “possibly carcinogenic.”

It’s too bad the NBC news site tries to make the case for the warning, when there’s no evidence linking cell-phones radiation and cancer of any sort.